According to What is the origin of the saying “six feet under”,

“The phrase “6 feet under” originated in London, England in 1665. It came about as London was being ravaged by the Bubonic Plague. […]
The mayor of London at the time issued a decree that all plague deaths had to be buried at least “6 feet under” to help halt the spread of infection.”

355 years later, another plague has made the expression “six feet” au courant, at least in those countries still using the imperial system of measurement. Even the nerdy 6-Foot Zone by Randall Munroe (XKCD) does it. 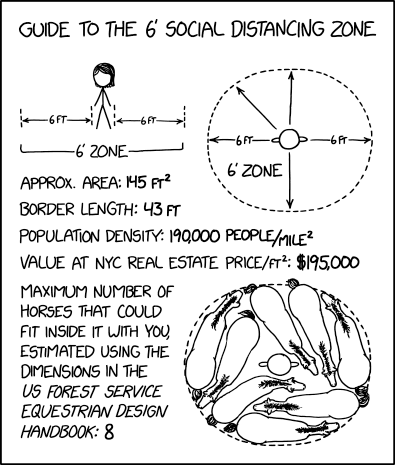